Where does Gold come From?


The economic crisis resulting from the COVID-19 pandemic has increased the search for safer financial assets and led to a surge in the price of gold in international markets. Brazilian gold exports have risen 30.5%, totaling US$ 3 billion between January and August, with shipments reaching 64 tons. The Amazon is effectively the epicenter of this new gold rush, stimulated simultaneously by the legalization movement for wildcat mining (or ‘garimpo’) practices and by the reduced environmental oversight of wildcat gold miners’ (or ‘garimpeiros’) activities.

The Instituto Escolhas is launching the Where Does Gold Come From? #Amazonwithoutillegalgoldmines campaign, presenting facts and arguments to guide consumers and investors on how to avoid this business that gravely endangers the world’s largest tropical forest and its people. The campaign also demonstrates the financial market’s lack of concern with properly investigating the origins of gold and with giving due importance to the environmental dimension of their operations.

The Instituto Escolhas’ recent Discussion Paper entitled “The new gold rush in the Amazon” maps the top collectors according to the figures of the CFEM (Financial Compensation for the Exploration of Mineral Resources), the wildcat mining concessions (or ‘lavras garimpeiras’) and their entailing economic and environmental impacts. 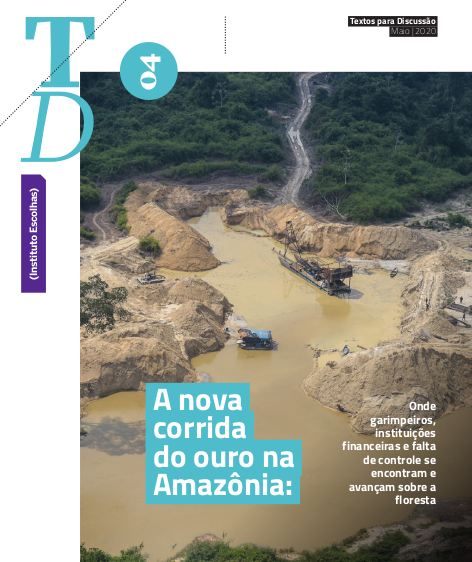 TD “The new gold rush in the Amazon”

The article signed by Nicola Pamplona, ​​published by Folha de S. Paulo, shows the advance of illegal mining,
the gold market and brings the economic data published on the Discussion Paper 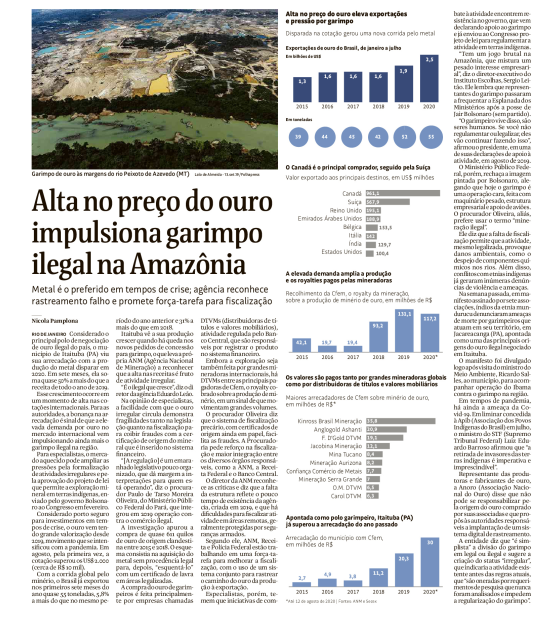 Webinar: Expansion of illegal gold mining in the Amazon during the pandemic (PT) 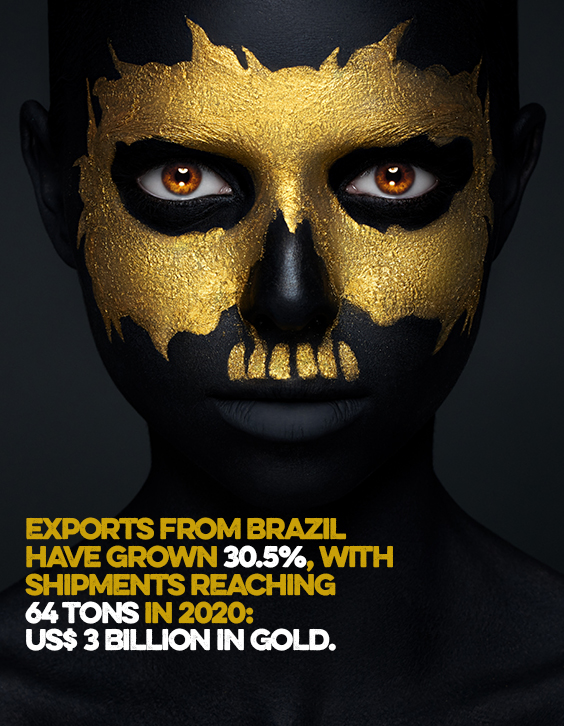 do you want to know the images and arts of the campaign? Click here 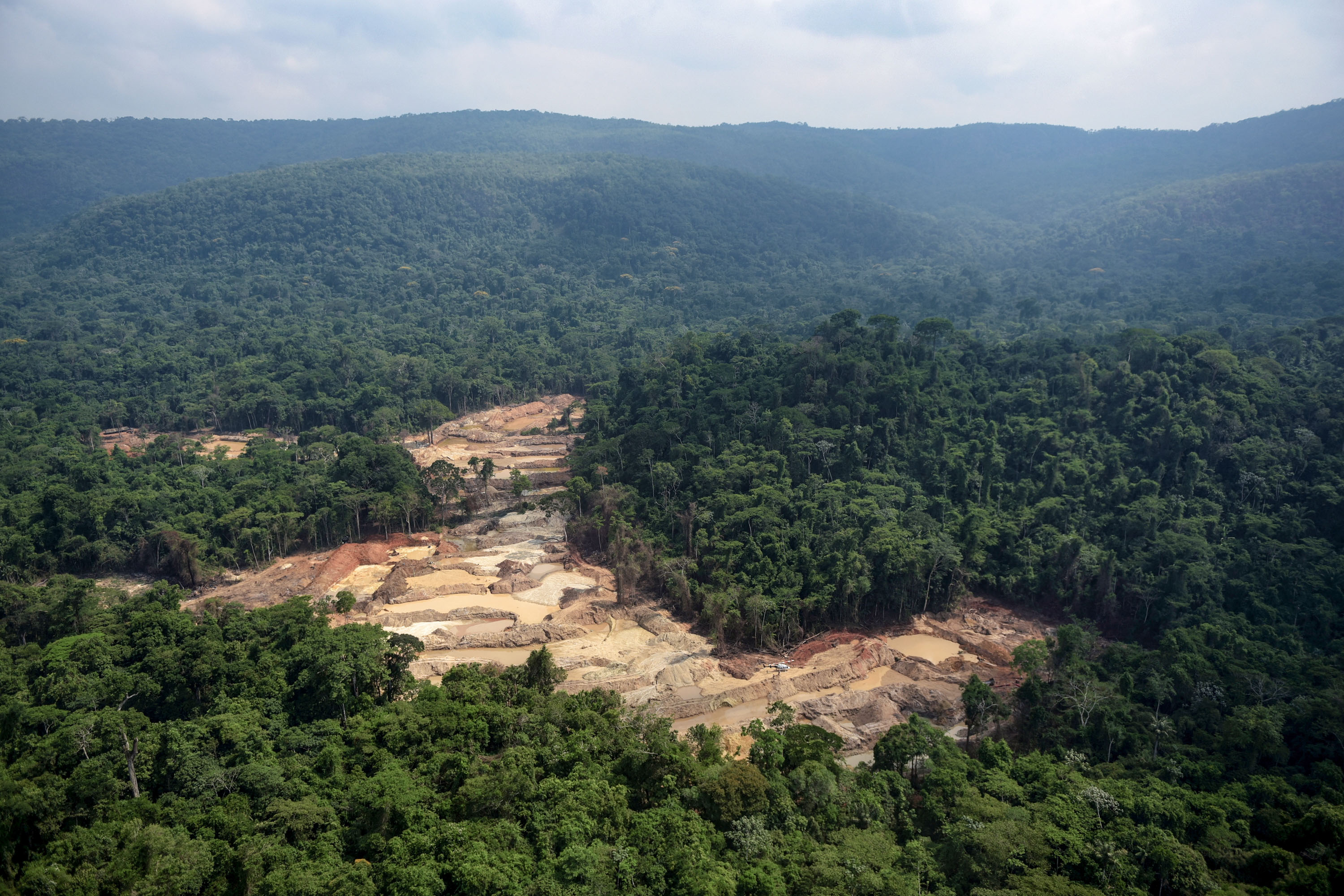 Kayapó Indigenous Land, Pará The Specialized Inspection Group (GEF) from the Brazilian Institute for the Environment and Renewable Natural Resources (IBAMA) carrying out an operation to shut down illegal gold mining sites in the Kayapó Indigenous Territory, in the Brazilian state of Pará Photo: Felipe Werneck/IBAMA
VIDEO – AMAZON DAY (09/05). CHECK IT OUT!