Home News Brazil exported 29 tons of gold in 2020, and part thereof extracted in illegal gold mining in Amazon, encouraged by the gold price in international market

Brazil exported 29 tons of gold in 2020, and part thereof extracted in illegal gold mining in Amazon, encouraged by the gold price in international market 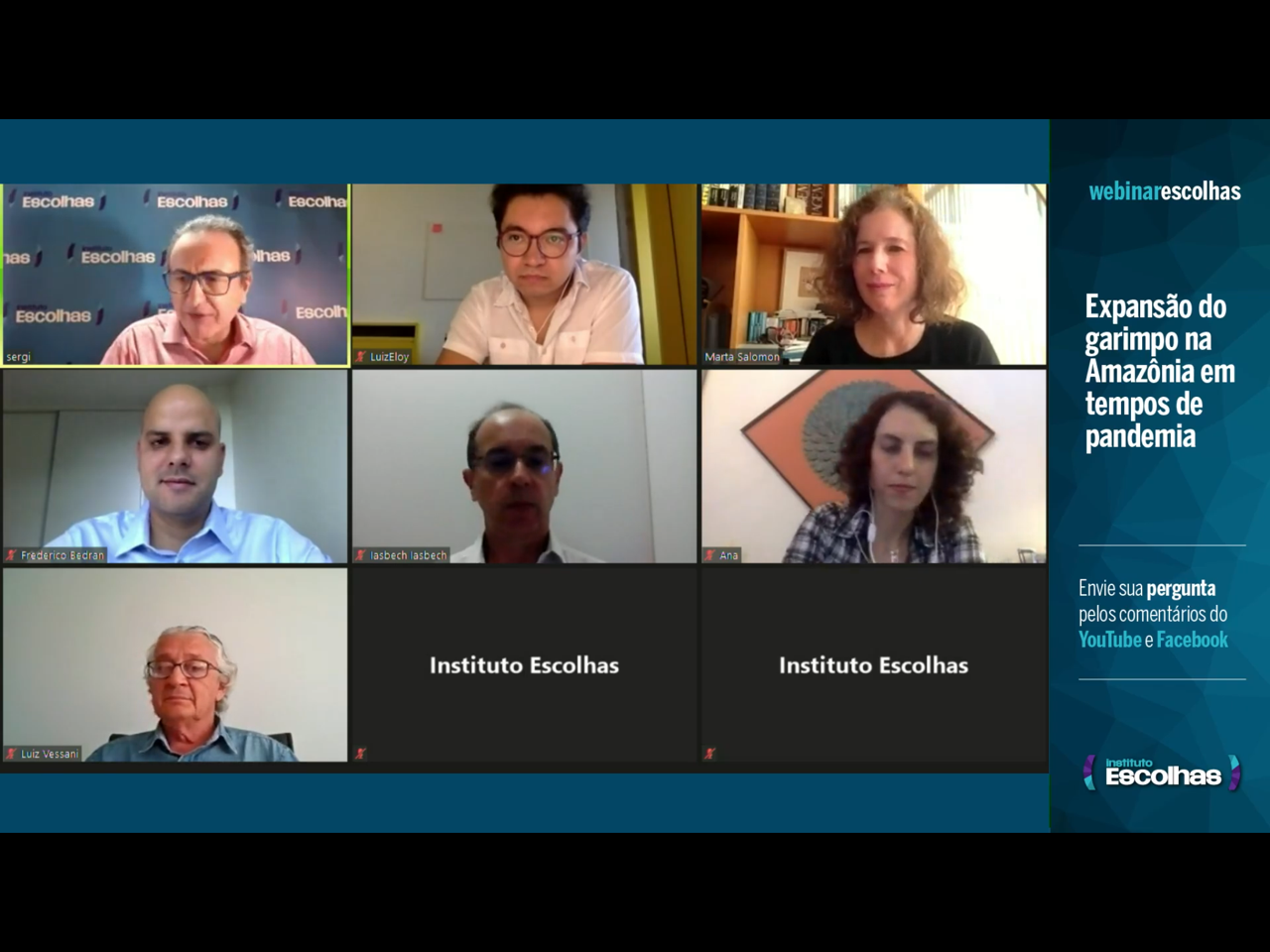 The lack of control on the economic chain of gold and reduction in the inspection encourage the increase of the illegal extraction in the forest, a study disclosed by Escolhas shows

With the increase of the demand for safer financial assets, at a time of economic crisis caused by Covid-19 pandemic, there was a soaring gold price in international markets, and in the first four months of 2020, the value of the Brazilian exports increased 15%, with the remittance to outside the country of 29 tons of gold. The Text for Discussion of Instituto Escolhas “The new gold rush in Amazon” shows the mapping of the largest collectors of the Financial Compensation for the Exploration of Mineral Resources (CFEM), the concessions of mining extractions, and the economical and environmental impacts. The study was disclosed today (05/21) during the webinar “Expansion of mining in Amazon at pandemic times”, carried out by Escolhas in partnership with Agência Rubrica.

The epicenter of the new gold boom is in Amazon, also stimulated by the movement for legalization of prospection mining and for the reduction of environmental inspection on the mining activity. The protest of the prospectors, the interests of the institutions that deal with gold are in an organized lobby, according to Marta Salomon, author of the TD. “Such lobby is run by the National Gold Association (Anoro), which additionally to protest against the destruction of machines seized by the inspection against illegal gold mining, defends the revision of an opinion of AGU that prevents the mining in National Forests (Flonas). What is at stake now, even before the regulation of the mining in indigenous lands, is an attempt of such lobby to release the mining in the preservation units, such as Flonas”, she concludes.

The attorney Ana Carolina Haliuc Bragança, Coordinator of Amazon Task Force of the Federal Public Prosecution Office, told how much the illegal mining is a harmful activity to the communities and to the environment, and exemplified. “MPF produced an opinion indicating that the extraction of one kilo of gold in Amazon in an illegal manner generates 1.7 million reais in environmental damages”.

She highlighted three main points during the debate. “The gold illegally extracted from Amazon is in the legal market. It is from illegal origin, but is circulating in our economy; the damages from the illegal extraction of gold are socialized; the normative justice system regarding mining does not consider such two points.” The attorney makes an alert. “Such gold from illegal origin that is extracted in several points of Amazon has entered our economy through mechanisms that we call gold laundering. Operations of MPF show that the laundering occurs of the gold as a financial asset, as well as of the gold as merchandise, intended to the jewelry market. We are all in the condition of consumers subject to the use, in our day-by-day, of the gold that is coming from the Yanomami and Munduruku Indigenous Land.”

More than 610 kilos of gold of clandestine origin were negotiated for R$ 70 million between January 2015 and May 2018, according to Federal Public Prosecution Office, the TD shows. “It was one of the largest investigations and checked the lack of control about the gold economic chain”, attorney Luís de Camões Boaventura affirms, heard in the study of Escolhas about the data and the charge, results of a joint operation of MPF and Federal Police (PF) named “Midas’ Dilemma”.

The Articulation of Indigenous People of Brazil (Apib), represented in the webinar by the legal advisor, counsel Luiz Eloy Terena, highlighted the importance of the previous consultation forecast by Convention 169 of the International Labor Organization (OIT) to the indigenous communities and of keeping the autonomy of the people so that “they themselves choose the type of future they want, choose their destination”. In the consultation, the State hears the indigenous people about administrative and legislative decisions that may affect their lives and their rights. “We have the manifestations of several people and communities saying no to mining. The relationship the indigenous people have with their territory, with their mother Earth shall be considered, and the government shall be open to dialog with the endless diversities of indigenous people. In the context of pandemic, the illegal invasions and forays in indigenous lands continue, as in Yanomami Land, which has more than ten thousand invaders”, Terena revealed.

For the Geology and Mineral Production director of the Ministry of Mines and Energy, Frederico Bedran, mining is not only a mineral matter, nor even a matter of police. It is a social problem. “The challenge is not summarized to a purely police matter and individual environmental or mineral policies. If today we are with a new rush [of gold in Amazon], we have to look at it in a structuring manner. It is needed to monitor the flow of gold purchase and sale. The bottleneck is the purchasers, who shall be inspected”

The importance of the imposition of the law to standardize procedures of mining companies and of mining through the concession of mining extraction was highlighted by the geologist Luiz Antônio Vessani, director of the Brazilian Association of Mineral Research Companies. To him, the regimes, when in effect, guarantee a series of legal, labor, and environmental commitments, and talked about the need of practical solutions. “If we put that in Roraima, a prospector produces two grams of gold a day, only in Yanomami area we would have an annual production of five tons of gold, if ten thousand prospectors are working. At today’s prices it would be three billion reais, which annually circulate in Roraima, result of the mining. It will not be the position of being against the prospector that will solve the issue. We need to create solutions that have practical feasibility. The society is not discussing it with the due depth”, he concluded.

The consultant in foreign affairs, mining, and military matters, General José Fernando Iasbech, defended the traditional mining. “The legal mining many times serves as laundering for the illegal mining. The path of the crime is the path of money. Every time we have money laundering, we have crimes associated to exploitation of the human being, to slave labor. The organized traditional mining to large companies is much more advantageous to the country, preserves, and recovers the environment”

In his final considerations, the director of Escolhas, Sergio Leitão, highlighted the need of having more data to bring information and create a clarification process of the Brazilian society. “It is needed to know who gains, who loses, the volume, the beneficiaries, and the hindered ones. It is needed to analyze all losses caused to the environment, to the legal economical activities, to the tax system. It is needed to put more light into the debate about the gold extraction and mining in Amazon.