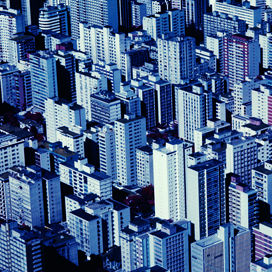 Cláudia Andujar was born in Hungary and moved to Brazil in 1957, where she obtained Brazilian citizenship. She was a photographic reporter and developed, together with George Love, the São Paulo Art Museum Photography Workshop in 1970-1975. This Workshop influenced dozens of photographers. In the late 1970s, she founded the Commission for the Creation of the Yanomami Park. She authored the following books: Bico’s World, US (1958); The Amazon (1978), in partnership with George Love; Mitopoemas Yanomami e Yanomami em Frente do Eterno (Yanomami Myth-Poems and Yanomami in the Face of the Eternal, 1979), and Missa da Terra sem Males (Mass in the Land Without Evils, 1982). In 1972, she produced the documentary Yanomami – Povo da Lua, Povo do Sangue (Yanomami – People of the Moon, People of the Blood) and, in 1996, she launched the CD-ROM Um Mundo Chamado São Paulo (A World Called São Paulo). Her photographs were included in the permanent collection of the Inhotim Foundation Contemporary Art Center in 2015.