Home News How does deforestation impact land and agricultural prices?

How does deforestation impact land and agricultural prices? 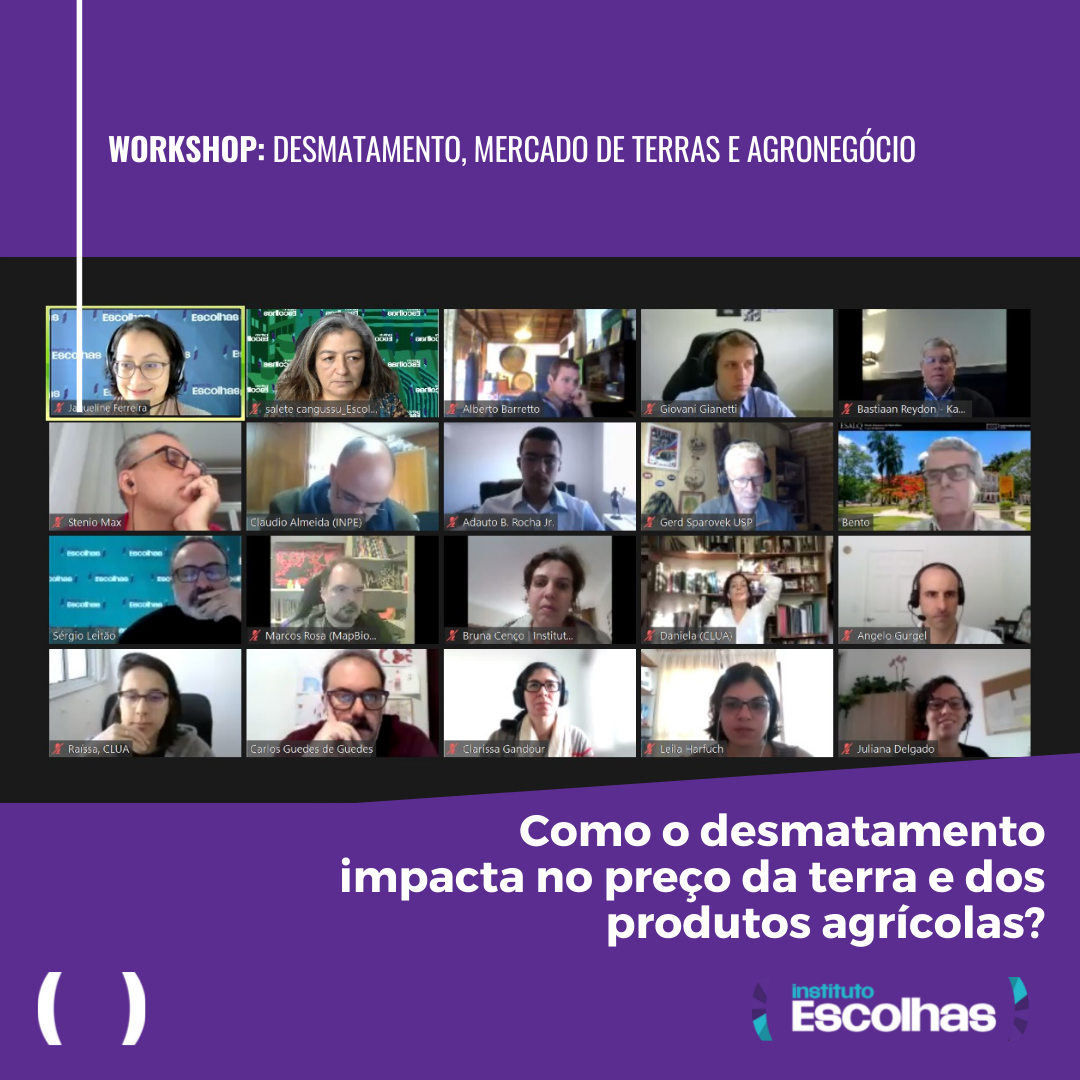 Social conflicts, violence, biodiversity loss, reduced availability of ecosystem services, and exacerbated climate change. There are many known effects of deforestation. In addition to all this, we can also deduce that deforestation causes changes in the prices of land and agricultural products. However, we do not know how these prices are actually affected.

Considering deforestation as a constant factor in the dynamics of agricultural production in Brazil, the new study by Instituto Escolhas seeks to translate it into numbers, analyzing issues that go beyond illegality, showing how deforestation impacts the entire process, influencing the prices of land  – consolidated areas or agricultural frontier areas – and the country’s main agricultural commodities.

On June 22, different researchers working on this topic had the opportunity to view preliminary results during a closed workshop, by invitation only, in order to gather contributions for the next phase of the study.

During her welcoming remarks, Jaqueline Ferreira recalled that the relationship between deforestation and agriculture is a topic that Escolhas has been focusing on for some time. She highlighted the 2017 study “What is the impact of zero deforestation in Brazil?”, which was produced by the same team and which analyzed the economic and social impacts of eliminating deforestation in the country.

“Now, we want to quantify the economic dependence of Brazilian agribusiness in relation to deforestation, analyzing the effect of the constant introduction of new areas into the Brazilian land market as a result of deforestation, as well as the influence of this dynamic on the profitability and prices of commodities,” explained the Escolhas manager.

According to Adauto Brasilino, the new study aims to analyze, through an empirical basis, the relationship between the expansion of the agricultural frontier (deforestation), the price of land, and the price of agricultural products.

This type of relationship has already been analyzed using theoretical models (equilibrium, computational), but it has not yet been confirmed by structural empirical models (statistical).

To Professor Joaquim Bento, the results of the study open up a series of new questions, which will help to understand who loses and who gains with the expansion of the agricultural frontier. “This study analyzes the effects of this development model on the economy and for those who are interested in maintaining this model.”

The final results will be released soon.