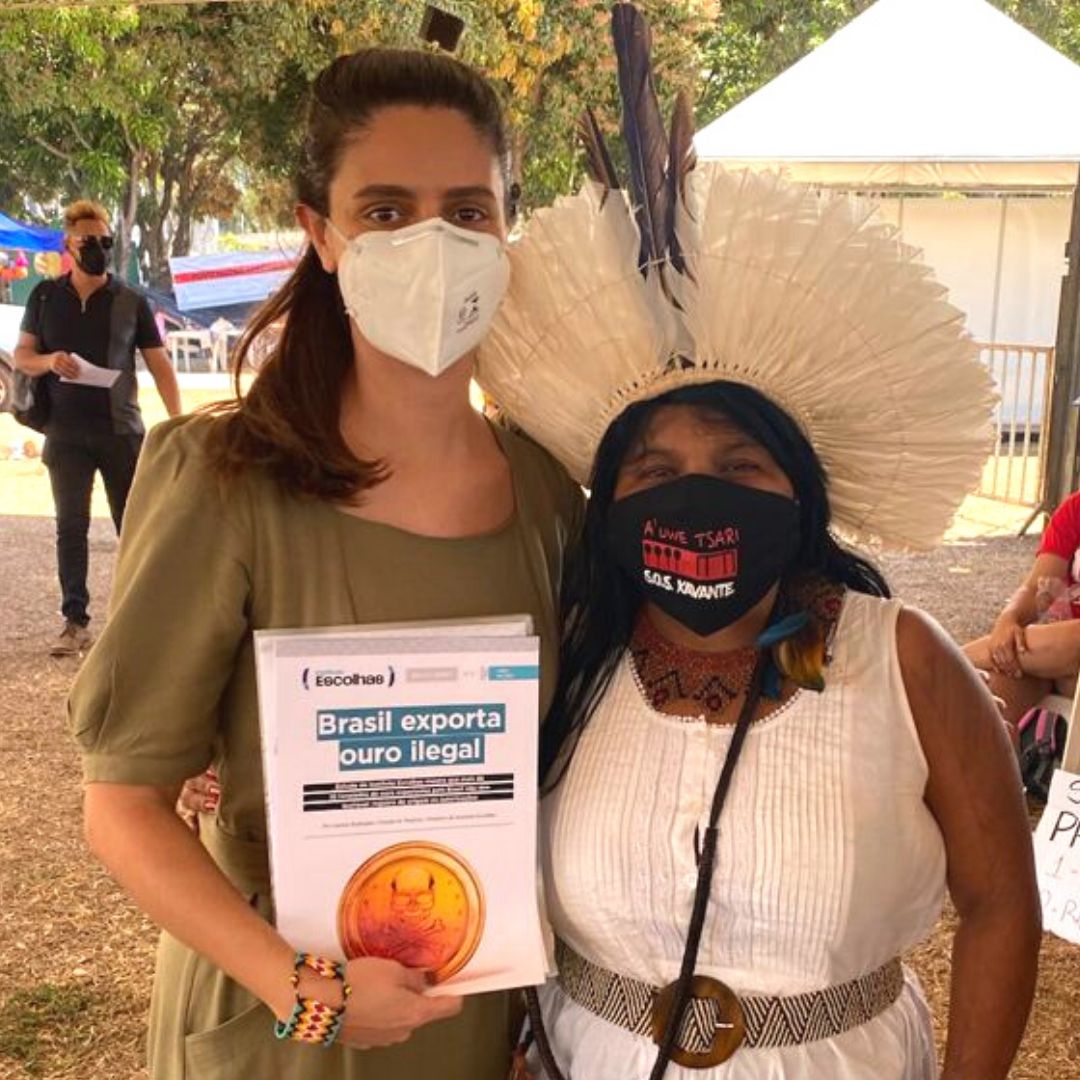 The policy brief “Brazil exports illegal gold” released by the Instituto Escolhas in early August has received wide attention from national and international media, as well as resonating with influencers and activists in various sectors. The document revealed that 17% (just over 19 tons) of the gold exported by the country in 2020 did not register its production nor possess extraction authorization.

What lies behind this data is the inexistence of an effective traceability system for Brazilian gold, the illegal mining for which is threatening Indigenous Lands and Conservation Units in the Amazon. In light of this, on 2 September 2021, the document was delivered to the indigenous leaders Sônia Guajajara and Eloy Terena and to the federal deputy Joenia Wapichana during the Luta pela Vida [Fight for Life] camp in Brasilia.

In addition, until the end of 2021, the Escolhas team has scheduled an extensive agenda presenting the policy brief to the embassies of countries importing Brazilian gold – such as the United Kingdom, where gold is the main product traded with Brazil. In the meeting with the British Ambassador on 6 September 2021, the Executive Director of Escolhas, Sergio Leitão, asked the UK to classify Brazil as a high socio-environmental risk country, a fundamental step for importers to demand traceability systems for gold, thus weakening illegal mining.

Finally, the data raised by the Escolhas document were highlighted in special reports in Elle magazine and in the TV Globo’s Fantástico program. Dozens of other publications in Brazil and in 33 other countries around the world have also drawn attention to the illegal exploitation of Brazilian gold and its devastating effects on the country.