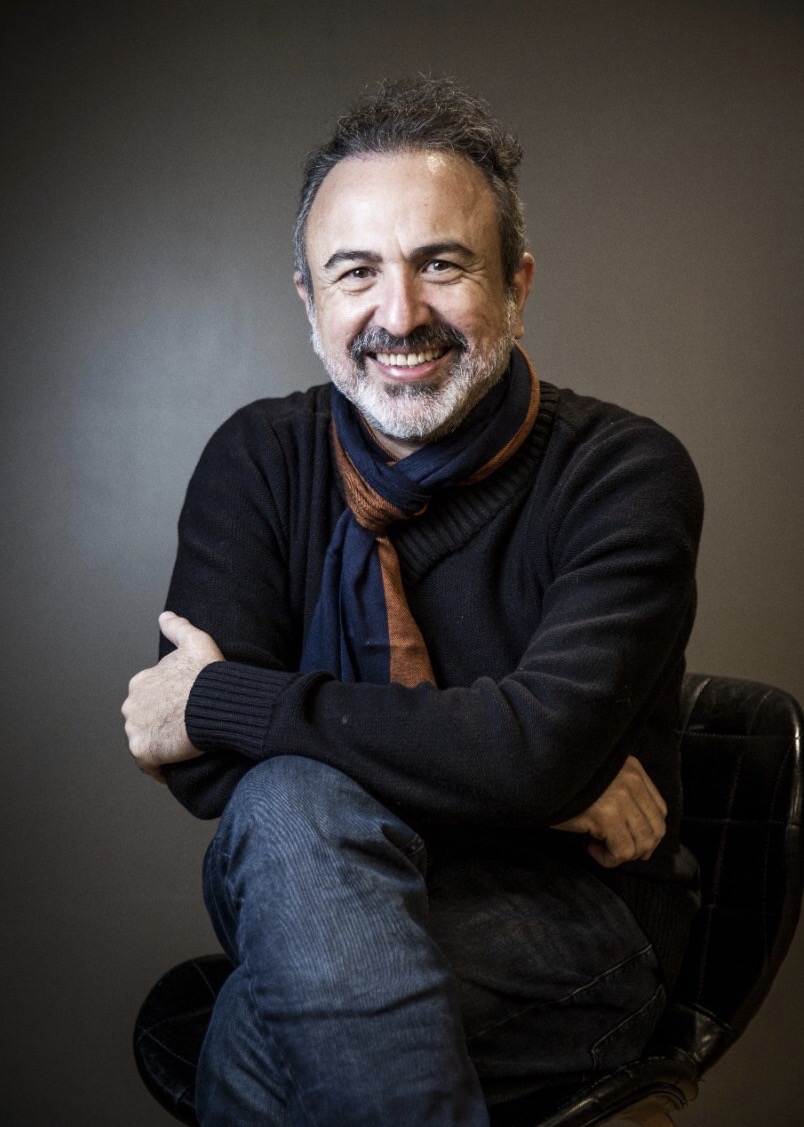 Sérgio Leitão (Executive Director)
A lawyer, he is a founding member of the Instituto Escolhas and is now its executive director. He was director of public policies and director of campaigns for Greenpeace Brazil, where he worked for ten years. He founded and was the Executive Director of the Socioenvironmental Institute (ISA). He lived in New York for two years, where he volunteered for the Rainforest Foundation US. He advised the Minister of Justice José Gregori on social and environmental issues during President Fernando Henrique Cardoso administration. He worked as a lawyer for the Indigenous Rights Unit (NDI) in the 1990-1995 period, and as legal advisor to the project Study on Indigenous Lands (PETI) of the National Museum Anthropology Department in Rio de Janeiro. He initiated his career as advisor for social issues at the Fortaleza Archdiocese, where he worked with Cardinal Aloisio Lorscheider. Born in Crateús, in Ceará state, he is father to two daughters and currently lives in São Paulo. 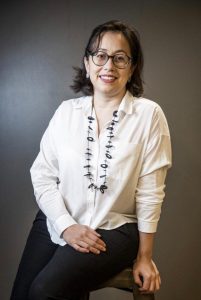 Jaqueline Ferreira (Project and Product Manager)
She holds a bachelor’s degree in Social Sciences from the Rio de Janeiro Federal University and a doctorate in Social Sciences from the Rio de Janeiro Rural Federal University Social Sciences Postgraduate Program in Development, Agriculture and Society. She was a researcher at the Oswaldo Cruz Foundation Joaquim Venâncio Polytechnic School of Health, where she worked in research projects on health in agrarian reform areas. There, she also coordinated courses in environmental health and training for environmental technicians for the rural population. As a consultant for Public Interest Management (GIP), she works with projects to strengthen civil society organizations in the areas of education and sustainable development. She is dedicated to a sociological approach to issues such as public policies, social movements, associative networks, sustainable development, family farming, rural education, and rural extension. 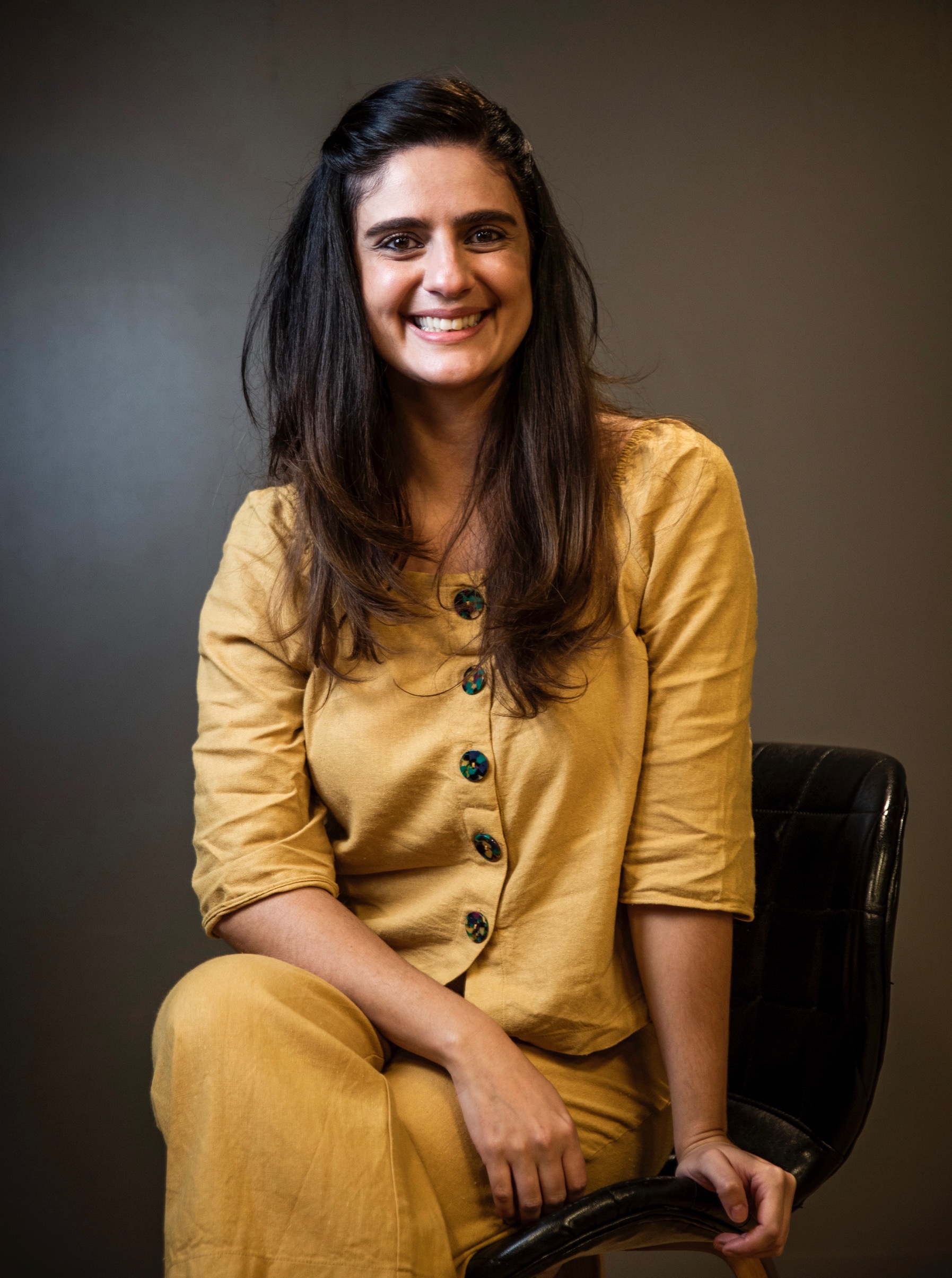 Larissa holds a PhD and a master’s degree in Energy by the University of Sao Paulo (USP) and a bachelor’s in International Relations by Faculdades Belas Artes. She acted as the coordinator of Research and Investigations at Greenpeace Brazil, as well as a Climate and Energy campaigner. She has solid experience working with climate, energy, and forests. Her background includes projects with international organizations, universities, and the private sector on energy systems regulation and modeling. Larissa started her career at the International Relations department of the Federation of Industries of the State of Sao Paulo (Fiesp), working with international trade agreements negotiations. Rafaela Silva (Project Coordinator)
Rafaela has a PhD in Ecology and Biodiversity from Universidade Estadual Paulista (UNESP), a master’s degree in Agroecology and Rural Development from Universidade Federal de São Carlos (UFSCar) and a bachelor’s degree in Ecology, also from Universidade Estadual Paulista. She has worked as Superintendent of Biodiversity Conservation at the Secretariat of Environment and Sustainability of the State of Rio de Janeiro and was responsible for the Payment Program for Environmental Services in Silvânia, Goiás. She worked as a researcher and consultant in environmental licensing projects, working mainly with ecosystem services and environmental policy. She was a Professor at UNESP and at Universidade Federal de Goiás (UFG). 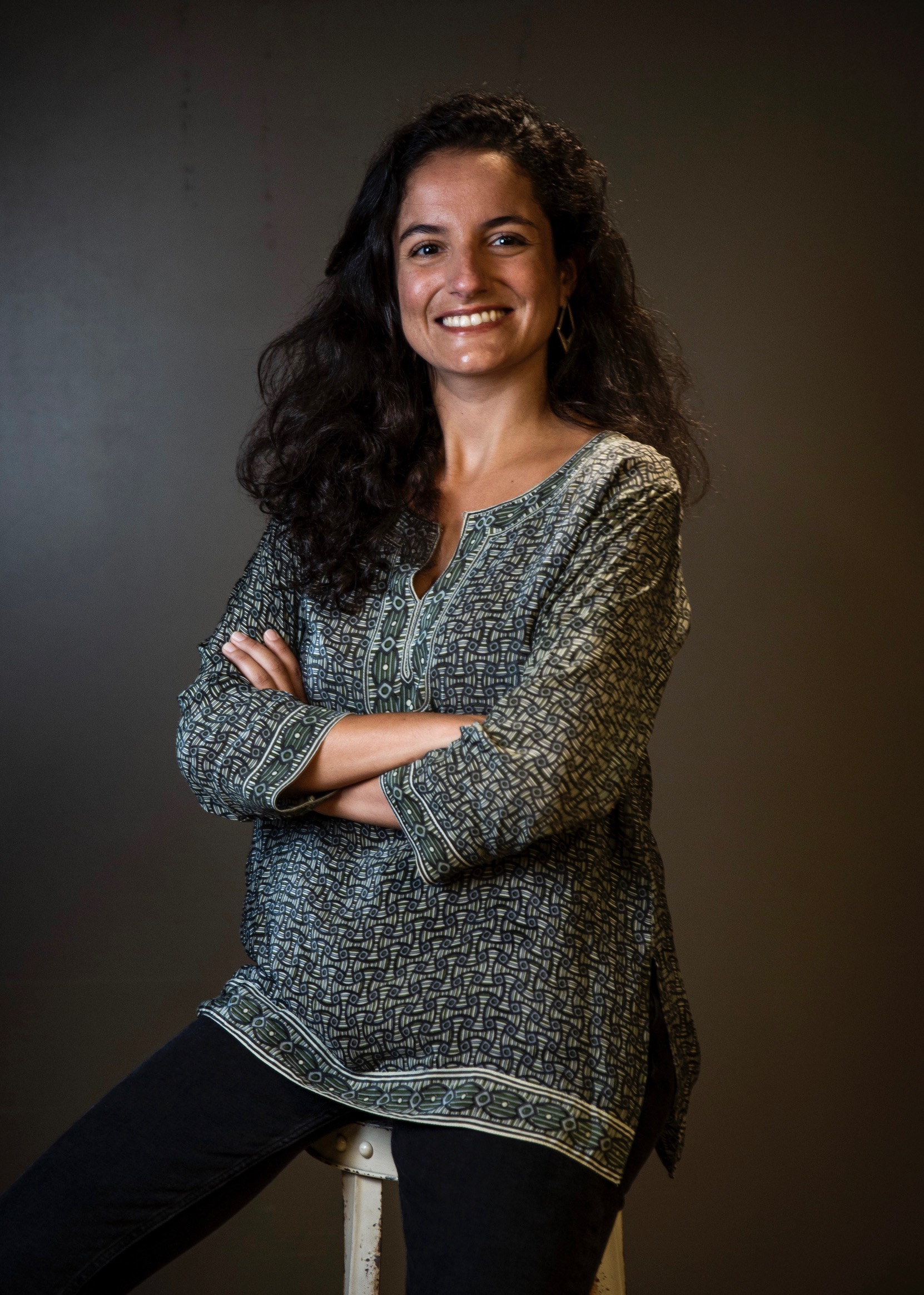 Teresa holds an undergraduate degree in History from the Pontifical Catholic University of Rio de Janeiro (PUC-Rio) and a specialization in Museology from the University of Buenos Aires (UBA). She was a project coordinator at the Brazilian Center for International Relations (CEBRI), managing the initiatives of the Environment and Climate Change Program, in partnership with former Minister Izabella Teixeira, and the Americas Program. Prior to this, she worked in the heritage sector of the Roberto Marinho Foundation (FRM) and contributed to the reconstruction of the Portuguese Language Museum in São Paulo. 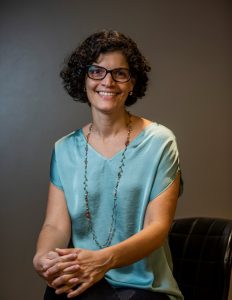 Economist, she dedicated the first part of her professional life to strategic areas of Finance in large multinationals like Unilever, Alcoa and Diageo. Later he joined the Third Sector, giving new focus to her work, promoting an interesting exchange between the experience acquired in the private sector and the reality of the Third Sector. Since then she’s been consolidating her work in Finance and Management in organizations like IDIS, Instituto Rukha, Junior Achievement, Arapyaú and Instituto Serrapilheira. 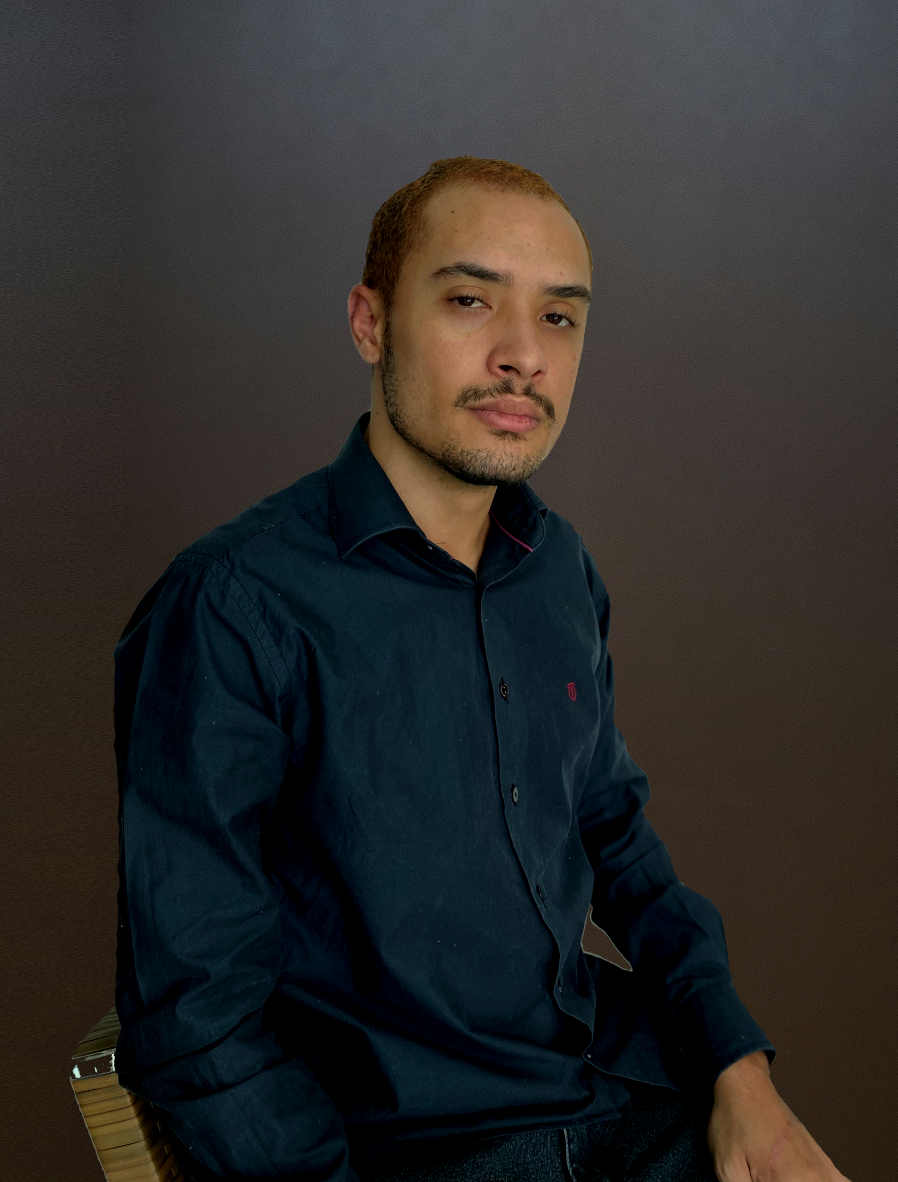 Augusto is a student of Economic Sciences at Faculdade Presbiteriana Mackenzie. He worked in the Rotaract Club group for three years, as director of Public Image and director of general membership director. During this period, he worked for the improvement of the community in Cláudio, Minas Gerais – his hometown –, seeking to contribute to the functioning of daycare centers, nursing homes and other organizations that provide assistance to vulnerable people. 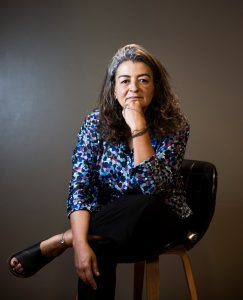 Salete Cangussú (Strategic Communications Coordinator)
Graduated in Social Communication from the University of Mogi das Cruzes (SP), she has worked as a journalist in the public and private sectors and in the areas of communication and press advisory services, crisis management, communication strategies and content production, acting in leading positions. Among the companies and institutions that she has worked for are: Light S.A., Sabesp, Agência Nacional de Energia Elétrica (Aneel) and Agência Nacional de Águas (ANA), Secretaria de Comunicação Social da Presidência da República and media outlets such as Rede Globo, TV Cultura and Rede Bandeirantes de Rádio e TV. 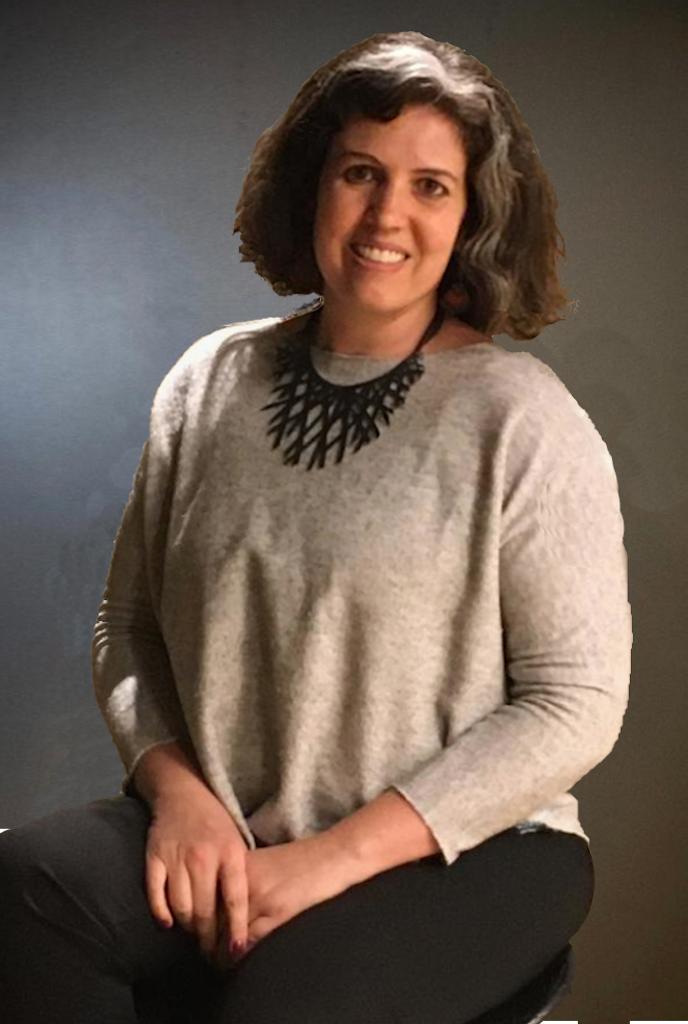 Bruna has a bachelor’s degree in Journalism from Faculdade Cásper Líbero (SP). She began her career in online media and since 2009 has specialized in communication and engagement for the third sector. In the academic field, she has a graduate degree in Natural Resources Management from James Cook University (JCU Australia) and Social Networks, Third Sector and Sustainability from Universidade de São Paulo (USP). Among the organizations she worked for are: WWF-Brasil, IDIS, Fundação Gol de Letra, Associação Paulista de Medicina, as well as Portal iG and ANSA-América Latina