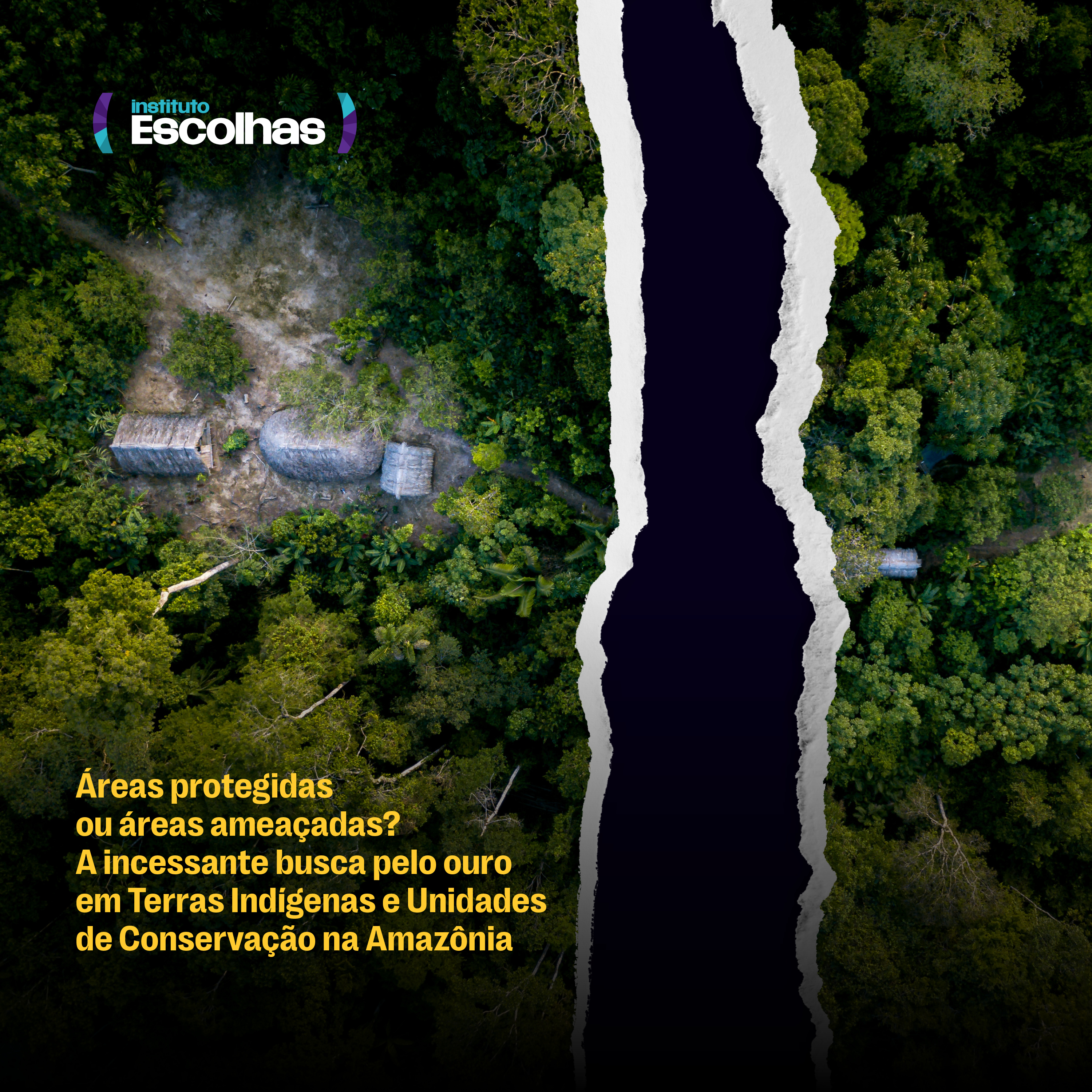 The number of requests for gold mineral prospecting in Indigenous Lands hit a record in 2020, according to a new study by Instituto Escolhas

The study, released on Thursday, February 25, analyzes the gold prospecting requests (applications and permits) that have been filed with the National Mining Agency (Agência Nacional de Mineração – ANM) and which indicate interest in mining in these areas.

A total of 85 Indigenous Lands and 64 Conservation Units are affected by gold prospecting requests. In the Yanomami Indigenous Land alone, between the states of Amazonas and Roraima, there are 749 thousand hectares under registration. In the Baú Indigenous Land, in Pará–which ranks second in terms of extension of processes–471,000 hectares are registered, covering a quarter of its territory. According to the study, since 2018 there has been an increase in the number of requests in Indigenous Lands, breaking a record set last year, with 31 research records.

Instituto Project and Product Manager Larissa Rodrigues highlights the relevance of the analysis within the current scenario of increasing gold production in the Amazon and in light of initiatives that intend to allow mining in Indigenous Lands–such as Bill 191/2020, presented by the Federal Government–and in Conservation Units, and that also regularize operations already taking place within these areas.

In 2020, the financial compensation collected by municipalities of the Legal Amazon for the extraction of gold was 60% higher than the entire year of 2019, and 18 times the amount registered ten years ago.

“Unfortunately, this increase in gold production is accompanied by vast environmental and social destruction, in addition to not bringing development to the region, as confirmed in a recent study by Escolhas . Many newspaper headlines bring to light the gold that is stained by the invasion of indigenous territories, violence, drug and arms trafficking, money laundering, slave labor, prostitution, contamination of rivers and people by mercury and deforestation,” says Larissa.

The study also highlights that the gold rush in the Amazon is rooted in illegal practices, which today account for about 16% of the country’s production, with extraction in prohibited areas and without any type of control, but that illegality can be much greater, since there is no way to quantify it with precision.

“Today, social control over this activity is weak. There is a lack of transparency and verification mechanisms for sector data, and there is no effective traceability system for monitoring the origin of the gold produced. This undermines inspection and control actions and promotes illegal trade in the country, putting further pressure on areas that should be protected for the sake of the environment and society,” adds Larissa.

To find out more:

Read the summary of the study “What is the real socioeconomic impact of gold and diamond exploration in the Amazon?” : https://bit.ly/SumarioExecutivo-Mineracao

Check out the Escolhas campaign “Where does gold come from?” clicking here or here: https://www.escolhas.org/en/amazoniasemgarimpo/