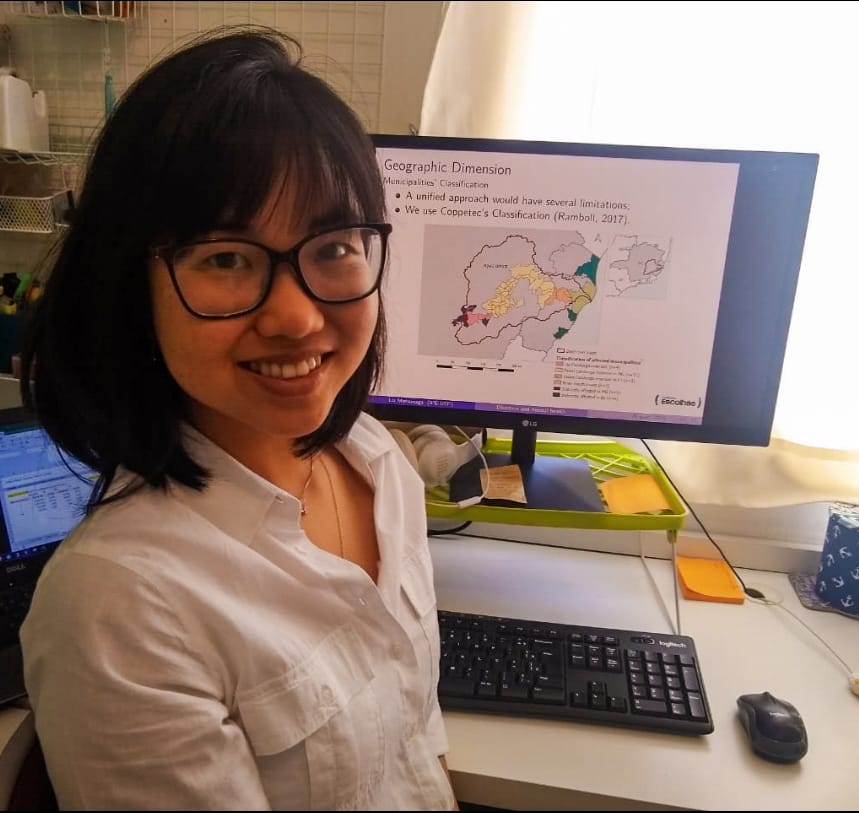 Data show that, in the municipalities affected, hospitalizations for psychological disorders were doubled

On November 5, 2015, the rupture of Fundão dam, in the city of Mariana, Minas Gerais, controlled by companies Samarco, Vale do Rio Doce and BHP, discharged 34 million cubic meters of tailings mud from iron ore extraction. The tragedy directly affected 41 municipalities in the states of Minas Gerais and Espírito Santo and caused the death of nineteen people; while hundreds of people were left homeless and over 600 km of water were contaminated.

However, the consequences of this historical disaster go beyond what is visible and have impacted on the mental health of the region’s dwellers, particularly the younger population, which may harm their insertion in the job market and their productivity. These are the main conclusions of the dissertation “Desastres e saúde mental: evidências do rompimento da barragem de Fundão, em Mariana, Brasil” (Disasters and mental health: evidences of Fundão dam rupture, in Mariana, Brazil), by economist Liz Matsunaga.

Scholarship student of Instituto Escolhas Chair Economy and Environment, Liz obtained her master’s degree in Economics at University of São Paulo in the second half of 2020 for projecting the impacts on the psychic health of the population in municipalities directly and indirectly affected by the disaster that is now five years old.

Learn more about the study

In order to quantify the impacts of Fundão dam collapse on the mental health of dwellers of the municipalities affected in Minas Gerais and Espírito Santo, Liz used the number of hospitalizations and medical cares, comparing municipalities affected to municipalities not affected, before and after the disaster. She also surveyed studies that analyze the impacts of disasters on the mental health of individuals, making references of empirical research developed after Chernobyl and Fukushima nuclear accidents and Hurricane Katrina.

The results of cares in the disaster region were presented according to three geographical limits, using as reference Risoleta Neves Hydroelectric Power Plant, known as Candonga, and the indirectly affected municipalities. The reservoir is an important reference because, while in the first 100 km immediately below the dam the higher altitude accelerated the speed and increased the mud wave force (which caused sharper destructive impact), Candonga plant could hold approximately two thirds of tailings, thus reducing the destruction potential.

In the stretch that precedes Candonga reservoir, it was possible to observe increase in hospitalizations for different groups of mental diseases in the mid and short terms. In the long term, on the other hand, increase was observed in the number of services at the Psycho-social Attention Center (CAPs) for emotional and behavioral diseases, which were intensified two years after the dam collapse.

In the stretch below Candonga, where municipalities a little more distant from Fundão dam are located, hospitalizations increased four times for mental diseases, with more marked impacts on young people. While analyzing these data, the economist highlighted the correlation between mental health and productivity at work, warning for long term effects that may compromise the work capacity of the region labor (human capital).

In the indirectly affected municipalities, cares for diseases associated to stress and schizophrenia doubled.

Despite the alarming data, the author highlights that the residents in the affected municipalities suffer to obtain their rights, as provided in recovery policies and compensatory actions.

The resettlement program, for example, should serve 512 families. However, by the end of 2019, none of them were really resettled, and many were placed in temporary homes, many times under difficult housing conditions. The monthly allowance that should have been given to people who lost their job due to the disaster, like fishermen and farmers, occurred only three years later and the negative assessment is extended to the indemnification program, which should pay the families for the belongings lost.

According to the scholarship student, this inefficiency in the contingency plan generates post-traumatic stress disorders in individuals, which goes beyond the accident per se, and the consequences for the citizens’ mental health may become even more serious in the long term.

What happened in Mariana was not an isolated fact. In the last 20 years, at least five disasters involving rupture of mining tailings dams occurred, only in Minas Gerais, and the most recent of them was the dam collapse in Brumadinho, in January 2019.

Thus, the work proposes three measures to be adopted in contingency plans:

1) immediate provision of mental pay after the occurrence;

2) inclusion of mental health policies in the recovery plans for those affected, both in the mid and long terms;

Since 2016, the Chair has benefitted 23 scholarship students from several states in Brazil, and 14 of them have already defended their thesis.