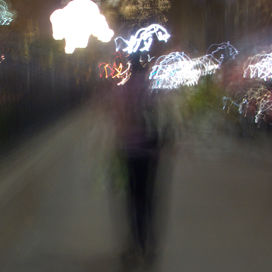 Tadeu Jungle is a São Paulo multimedia artist, scriptwriter and movie and television director. He is one of the pioneers of video art in Brazil. He works with photography, visual poetry, and video installations. He launched the feature movie Amanhã Nunca Mais (Tomorrow Never Again) starring Lázaro Ramos in 2011, and the documentary film Evoé, Retrato de um Antropófago (Evoe, Portrait of an Anthropophagite) about the playwright José Celso Martinez Correa. In 2014, he published the book Videofotopoesia (Videophotopoetry) covering his 30-year artistic trajectory.